Elizabeth was convicted of burglary in Exeter, Devon in 1788. She had her death sentence commuted to transportation. Elizabeth was among the Second Fleet of convicts aboard the Neptune in 1790. ​

2 July 1799 - Thomas, his wife and two other men murdered Samuel CLODE, who had been a missionary in Tahiti. CLODE was about to return to England and visited JONES in order to collect money owed to him. JONES stabbed CLODE with a knife and an axe, smashing his skull.

​ After being hanged her body was handed over for surgical dissection. 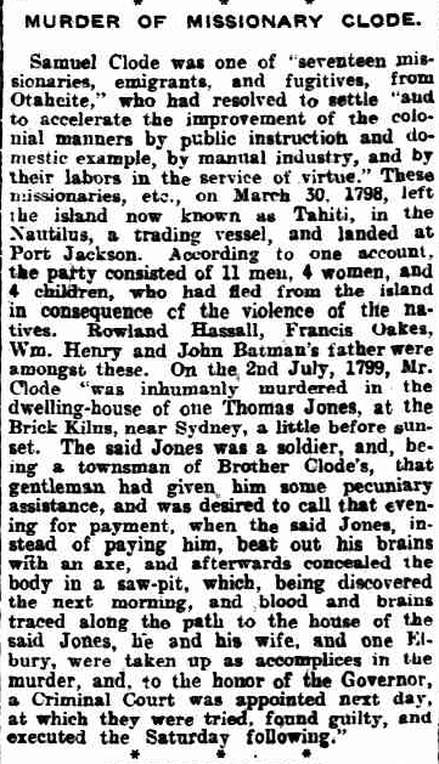 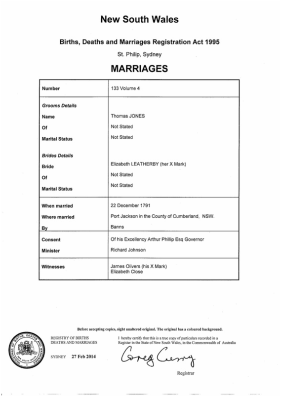