Although this is Australia and we use 000...911 sounds way more dramatic (thanks Hollywood).

This is a story that was relayed to me from a very reliable source. This person works in this building and is a long serving person in blue. The location is withheld due to security of the building, but I’ll mention that it is located in Sydney NSW.

This Police Station is new, brightly lit and all staff are very alert, due to the high terrorism watch.

There were two female constables walking one of the corridors. They were headed to the lift. They were having a light conversation, and as they glanced around they both saw what they thought to be a person enter the lift.  As they got closer to the lift they noticed that the doors were still open. They walked into the lift and they were both astonished that NO-ONE else was there…not a living soul! No sign of the person they saw walk in only a few seconds earlier! They questioned each other as to the figure they both witnessed walking into the lift and they both said they saw a solid person enter the lift.

Two male constables were in the locker rooms when they saw a person walk past the end of the lined up lockers. As they are on high alert, one of the constables asked who was there. There was no response. This tweaked their alertness and they walked around to investigate, as they had both seen this person walking between the lockers. They questioned again in a louder tone, asking who was there…again, no response. Another constable then entered the room upon hearing the commotion. They asked this constable if he had seen anyone leave the locker room and he hadn’t.

This building had recently gone through refurbishment. It is said that construction can stir up sightings of the paranormal kind. These officers have put it down to one of their comrades whom had lived nearby and had passed some time ago.

Maybe it is him. Maybe he’s still turning up to do his shift. 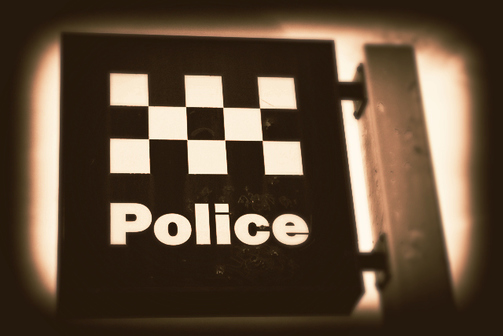 Added June 2016
© NicHume Photography 2014-2016. Please be advised that copyright is attached to all images taken by Nicole Hume. In plain English, you (or a third party) are not authorised to copy in part or in full, any image for any reason without prior consent. No editing, copying, manipulation by any form of media is authorised, and severe penalties do apply for breaches of the copyright. Please contact me if you require further clarification regarding copyright and use of images.