​Jean Lee - Hanged at HM Prison Pentridge, the last woman executed in Australia on the 19th of February 1951 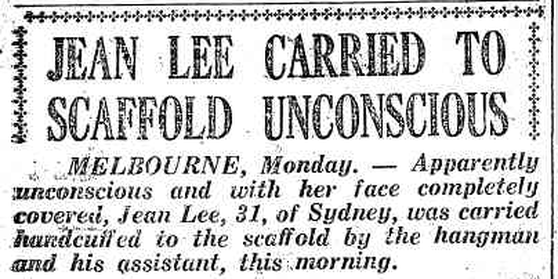 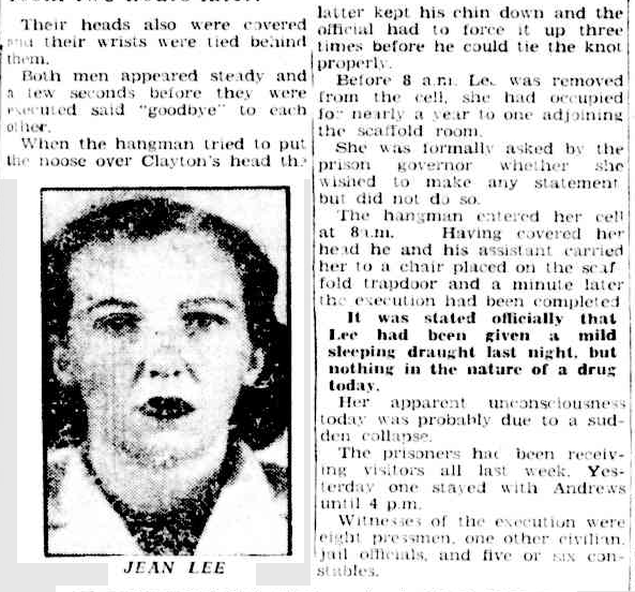 Barrier Miner (Broken Hill, NSW 1888-1954), Monday 19 Feb 1951, pg1, 'CARLTON MURDERERS EXECUTED'
Back to list
© NicHume Photography 2014-2016. Please be advised that copyright is attached to all images taken by Nicole Hume. In plain English, you (or a third party) are not authorised to copy in part or in full, any image for any reason without prior consent. No editing, copying, manipulation by any form of media is authorised, and severe penalties do apply for breaches of the copyright. Please contact me if you require further clarification regarding copyright and use of images.